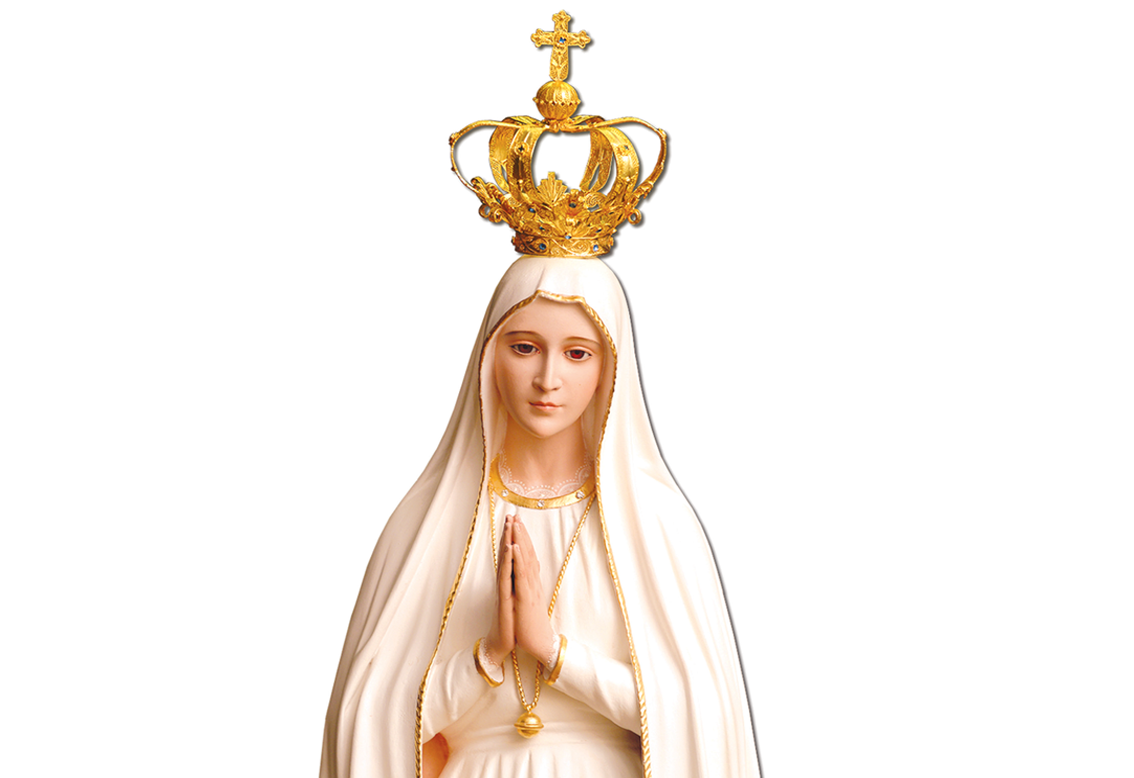 “Mary will share her faith with you. Her faith on earth was stronger than that of all the Patriarchs, Prophets, Apostles and Saints” (TD, no. 214).

In the modern world we see people imitating those whom they love so much. They try to imitate the styles and mannerisms of film stars, cricket stars etc. There is another star whom we must imitate that is the Star of The Sea. As good Christians and as good religious we need to love and admire Mary, for she is our heavenly Mother. The first and foremost virtue we find in Mary is her faith. “It is the foundation of all other virtues.” Jesus, said to Thomas “Blessed is he who believes without seeing” (Jn 20:29). When the angel announced that Mary would bear a son, she did not understand how it was p o s s i b l e , yet she believed. In the letter to Hebrews we read: “Without faith it is impossible to please God” (Heb 11:6). During the Holy Mass for the opening of the Year of Faith in Saint Peter’s square on 11th October 2012 Pope Emeritus Benedict XVI said “The more we reflect on our faith, the more we respect it, and the more we respect it, the more we desire to live and share it.” What he said is very significant in our life. In this computer age we have made such a vast strides in technology that we have become self-sufficient and sophisticated. God has become irrelevant in the lives of many people, who put their faith in their own creativity and in hedonistic culture. People are so engrossed in a struggle for success, power and wealth therefore they have little time for God. In this situation, Mary’s example of faith guides us how we have to follow in the present day crisis in faith. Faith is total trust in someone, and this means readiness to acknowledge all the surprises that can come from God, who never ceases to stimulate and enlighten faith for the sake of continual movement forward. The believer is ‘built’ gradually and advances by the responses given to God, who calls.

Faith in the Old Testament

Gen 15:6 Speaks about Abraham’s faith, Abraham believed the Lord. God responds to his need and promises him descendants as numerous as the stars of heaven. On hearing God’s promise Abraham immediately believed God. “Abraham just fixed his heart on God.” Abraham does not give just a mental response but a verbal, confessional statement. Abraham is a model of faith for all of his descendants and for us to imitate. Whatever be our circumstances, we must have faith in God.

Faith in the New Testament

Mary said to the angel of the Lord, ‘How’ can this happen to me since I am a Virgin? It was a spontaneous question which was raised by Mary at the time of annunciation. How calculative we are in taking up a new task? How often we talk about risk? It happens very often that we wait for the answer to the questions, how can this happen to me? One thing we should know, that the one who has called us will strengthen us (1 Pet 5:10). Without reflecting the power of God we say often ‘I am poor’ ‘I have no ability’ and ‘my personality is not attractive’ etc. In all these limitations we commit a grave mistake of undermining the creations of God. When we reflect the life of Mary we see in her life the complete faith and total trust in God. “Mary’s faith and trust in God are outstanding.” That’s why she said “behold the hand maid of the Lord; Let it be done according to your will. “ Her whole person, her bodily and spiritual faculties were all at the disposal of the Almighty.” Like Mary we too are called to have deeper faith in God in all the circumstances of our life.

Mary is showing us to live by faith in God and to collaborate with God’s designs. She is human like us and experienced hardships we encounter in our life. “If we follow the footsteps of Mary from the moment of her annunciation onward, we discover that her life was filled with difficulties and trials. She lovingly accepted these as a part of her vocation.” Above all she took to heart Jesus’ mandate “He is your Son,” and so she continues in heaven. Let us go to Mary our Mother with great faith, I am very sure by internalizing and personalizing the faith of Mary we may discern what the Lord asks of us in our ministry. I would like to conclude with the words of Pope John Paul II who reminds us that “Faith is strengthened when it is given to others.” Let us come forward to offer this faith to this world through our mission.